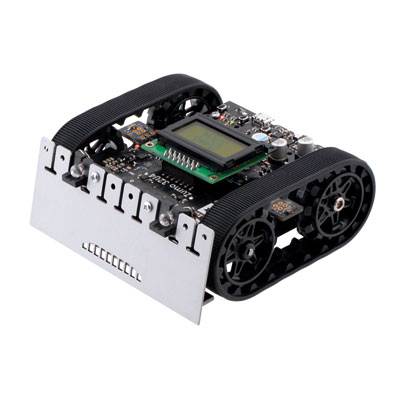 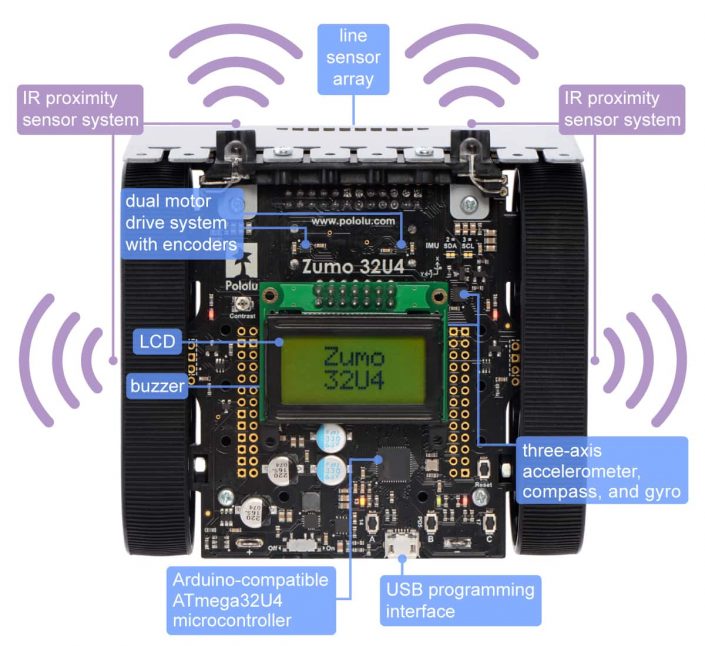 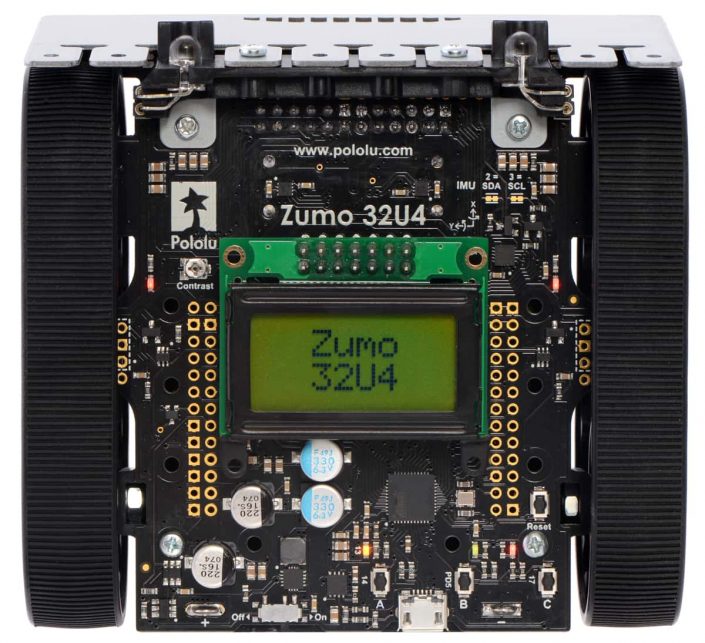 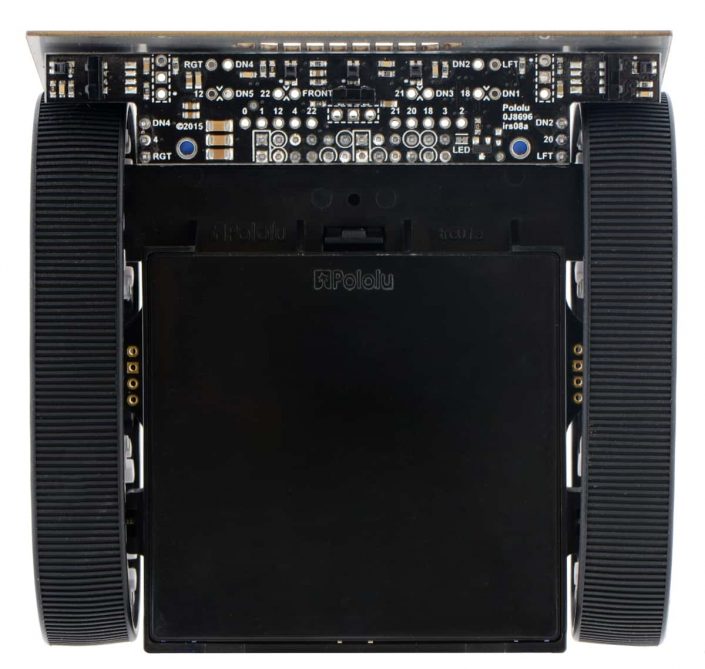 The Pololu Zumo 32U4 robot is a versatile tracked robot based on the Arduino-compatible ATmega32U4 MCU. It includes two 75:1 HP micro metal gearmotors along with integrated dual motor drivers, an LCD, quadrature encoders, line sensors, side and front proximity sensors for detecting objects, and a full IMU for detecting impacts and tracking orientation. The low-profile robot is less than 10 cm × 10 cm—small enough to qualify for Mini Sumo. No soldering or assembly is required; just add 4 AA batteries and a USB cable and your Zumo is ready for programming.

The Zumo 32U4 is a highly integrated, user-programmable and customizable tracked robot. It measures less than 10 cm on each side and weighs approximately 275 g with batteries (170 g without), so it is both small enough and light enough to qualify for Mini-Sumo competitions, but its versatility makes it capable of much more than just robot sumo battles.

At the heart of the Zumo 32U4 is an ATmega32U4 AVR microcontroller from Microchip (formerly Atmel), and like our A-Star 32U4 programmable controllers, the Zumo 32U4 features a USB interface and ships preloaded with an Arduino-compatible bootloader. A software add-on is available that makes it easy to program the robot from the Arduino environment, and we have Arduino libraries and example sketches to help get you started. A USB A to Micro-B cable (not included) is required for programming. For advanced users who want to customize or enhance their robots with additional peripherals, the robot’s power rails and microcontroller’s I/O lines can be accessed via 0.1″-spaced through-holes along the sides and front of the main board.

The Zumo 32U4 features two H-bridge motor drivers and a variety of integrated sensors, including a pair of quadrature encoders for closed-loop motor control, a complete inertial measurement unit (3-axis accelerometer, gyro, and magnetometer), five downward-facing reflectance sensors for line-following or edge-detection, and front- and side-facing proximity sensors for obstacle detection and ranging. Three on-board pushbuttons offer a convenient interface for user input, and an LCD, buzzer, and indicator LEDs allow the robot to provide feedback. 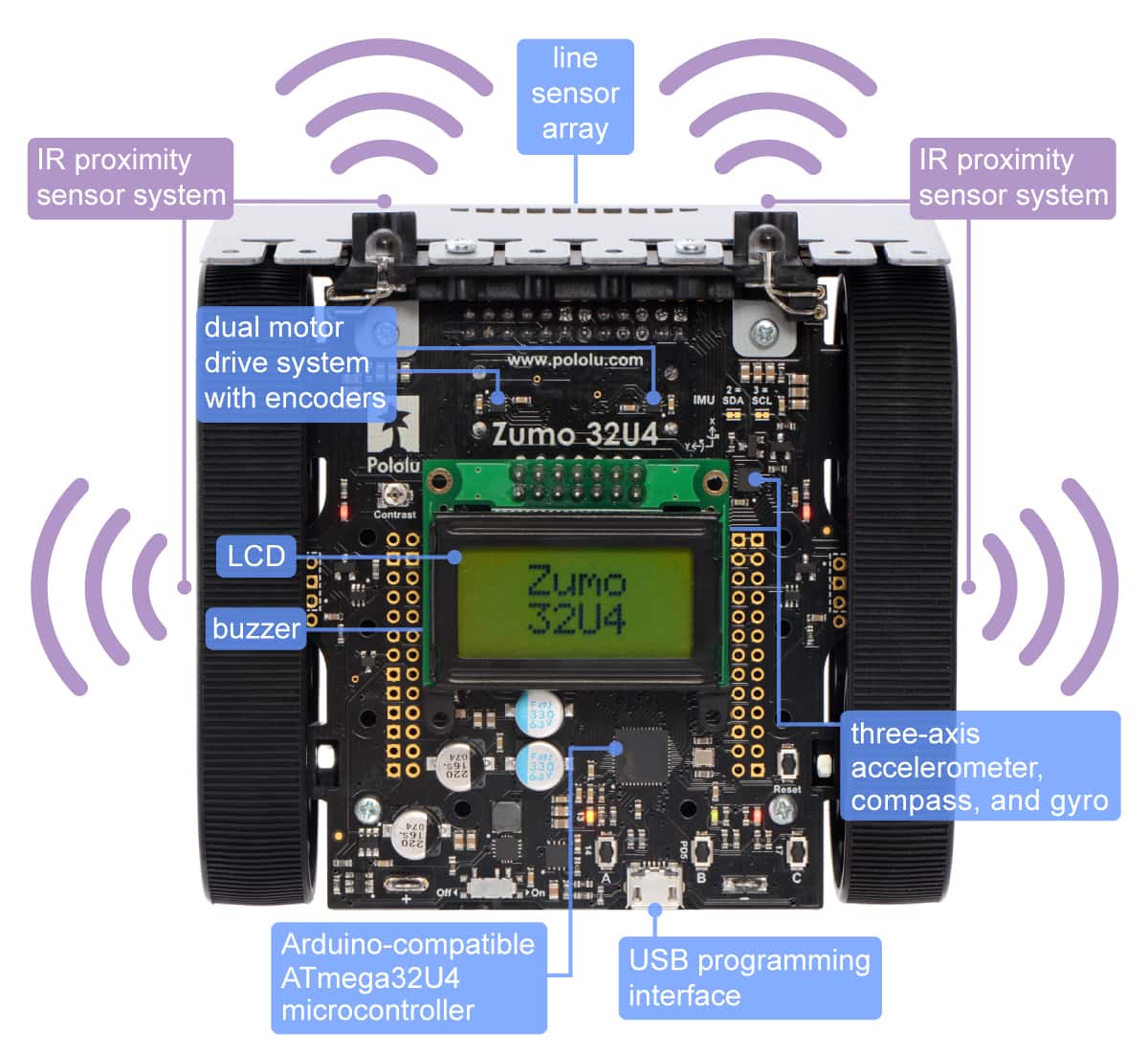 The Zumo 32U4 robot is available fully assembled with three different motor options (see the Motors section below for more information on how these different gear ratios perform):

The Zumo 32U4 robot is also available as a kit (without motors) for those who would prefer to assemble it themselves or who want to use different motors than those in the three assembled versions.

You can use the following table to compare these three gear ratios in more detail. The first four columns are specifications of the motors themselves, while the last column is the measured top speed of a Zumo chassis loaded to a weight of 500 g and driven with these motors. Note that the specifications are for 6V operation, which is approximately the voltage you would get with four alkaline batteries; four NiMH AA cells will typically provide less than 5V.

The Zumo 32U4 robot runs off of four AA batteries. It works with both alkaline and NiMH batteries, though we recommend using rechargeable AA NiMH cells.

Comparison with the Zumo robot kit for Arduino (with Zumo Shield)

Our older Zumo robot for Arduino, built with a Zumo Shield, is another Arduino-compatible robotic platform based on the Zumo chassis. The Zumo Shield mounts to the Zumo chassis and features motor drivers and various sensors, but it does not have an integrated microcontroller; rather, it is designed to interface with boards that have a standard Arduino form factor, like an Arduino Uno, Arduino Leonardo, or A-Star 32U4 Prime, and these boards serve as the main controller for the robot.

By contrast, the Zumo 32U4 includes an on-board ATmega32U4 microcontroller (the same one used in the Leonardo and A-Star 32U4 boards), combining the functions of the Zumo Shield and the separate Arduino controller into a single, compact board that is just as easy to program as a standard Arduino or A-Star thanks to its USB interface and preloaded Arduino-compatible bootloader. The Zumo 32U4 retains all the features of the Zumo shield (e.g. dual motor drivers, inertial sensors, and buzzer) while adding many new features, including dual quadrature encoders, proximity sensors, an LCD, and two extra user pushbuttons. 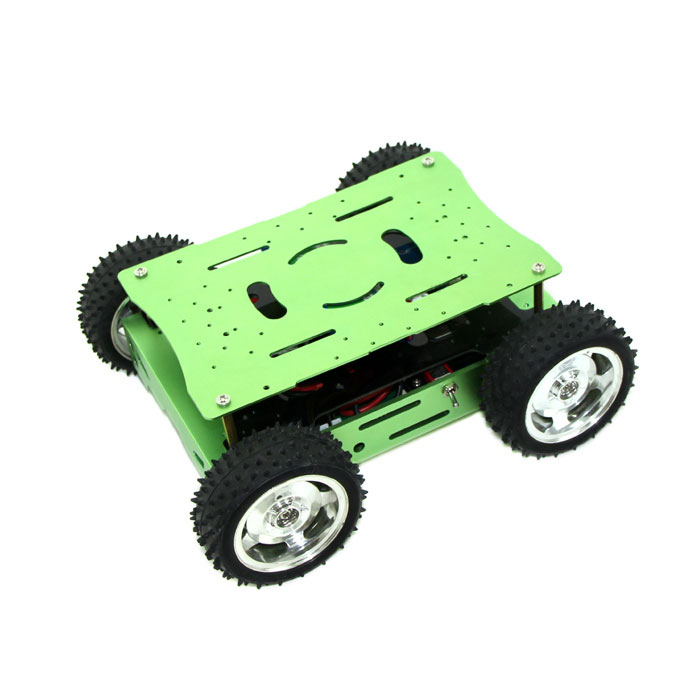 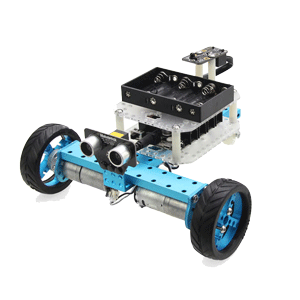 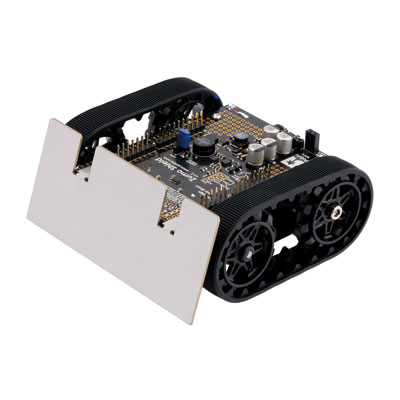 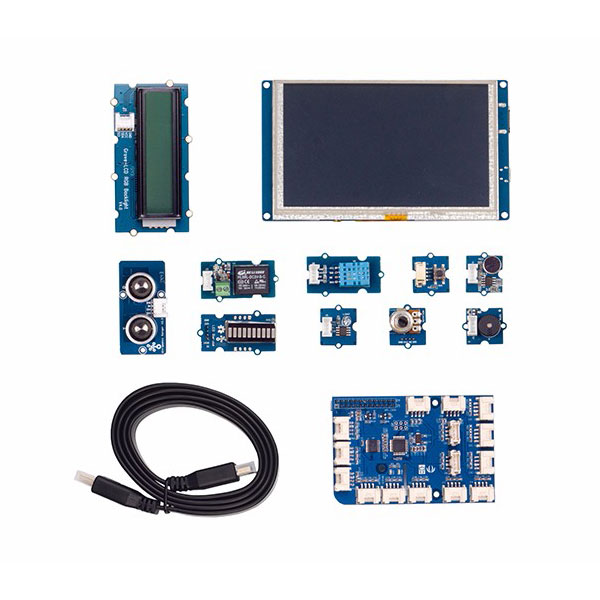 Grove Starter Kit for IoT based on Raspberry Pi 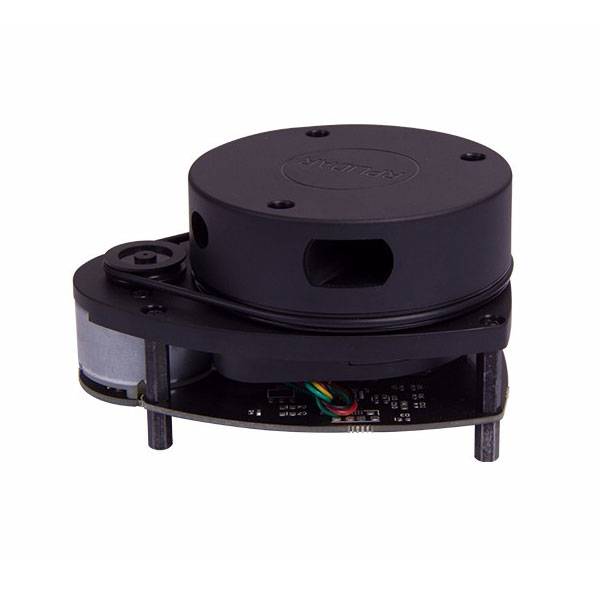