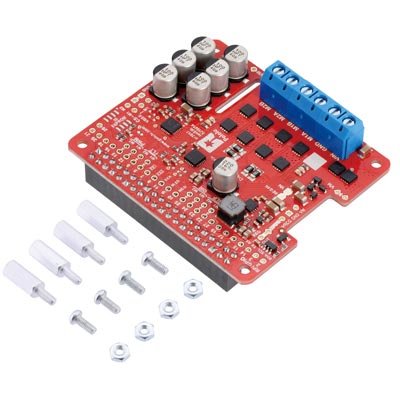 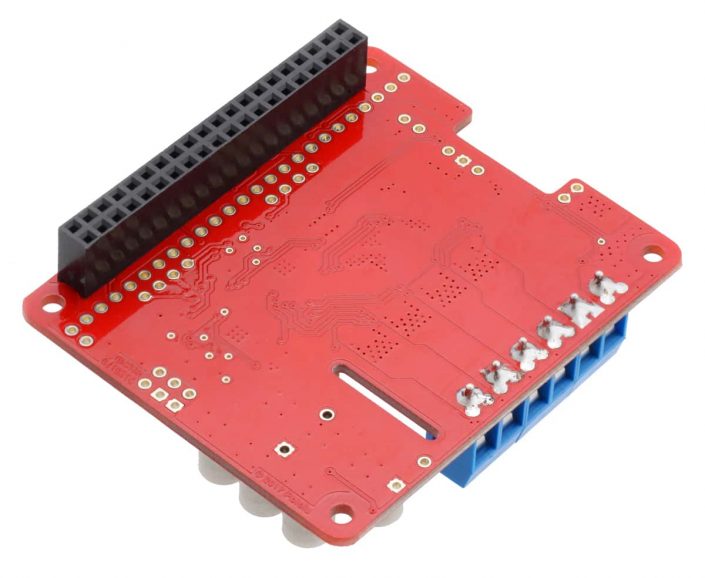 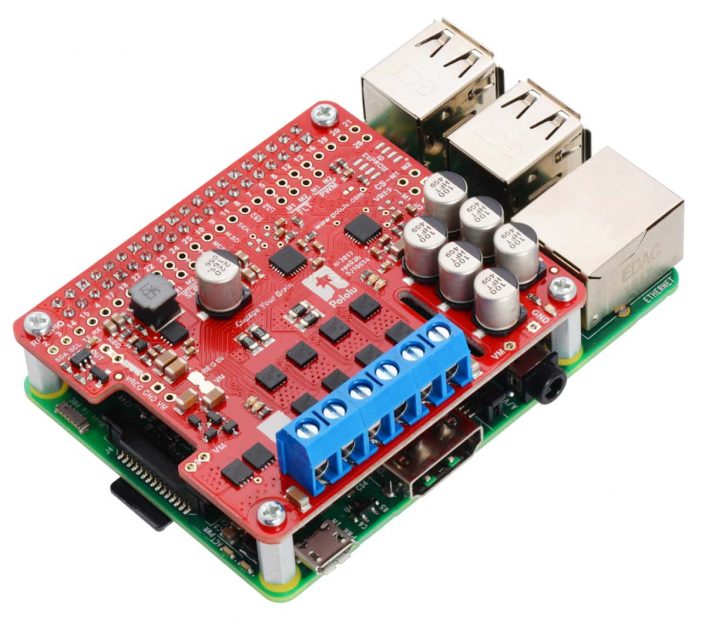 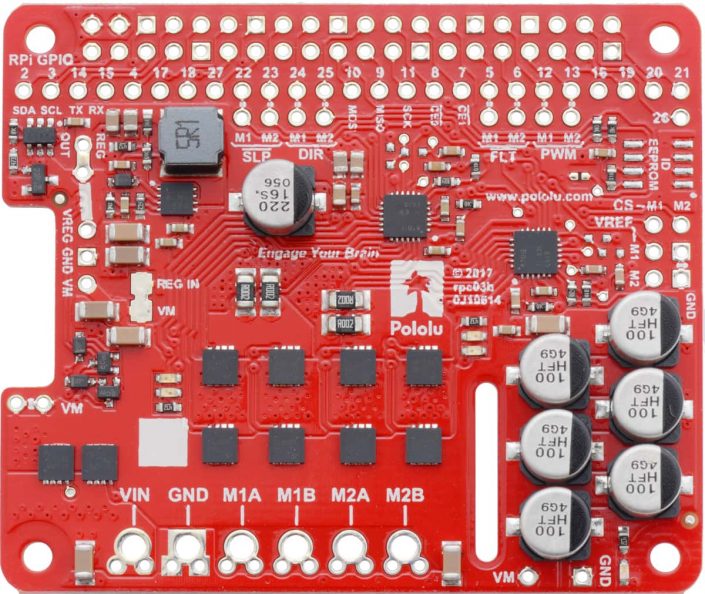 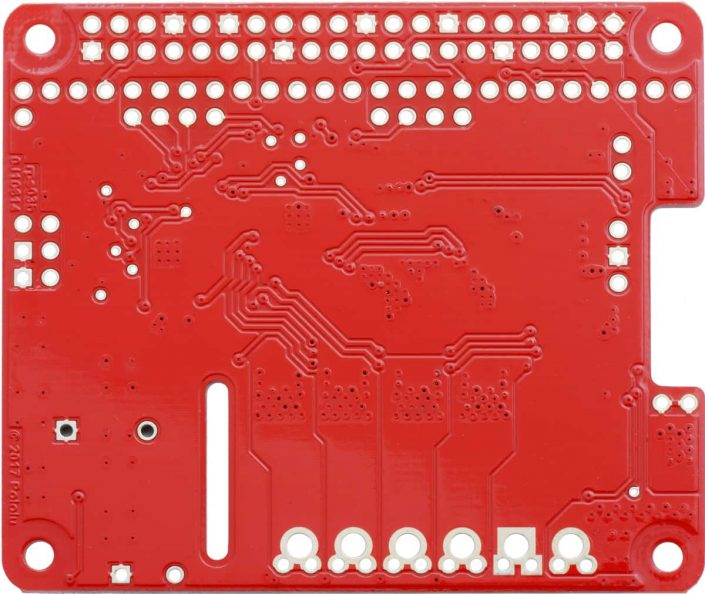 This add-on board makes it easy to control two high-power DC motors with a Raspberry Pi. Its twin discrete MOSFET H-bridges support a wide 6.5 V to 36 Voperating range and are efficient enough to deliver a continuous 14 A without a heat sink. The drivers offer basic current limiting functionality, and they accept ultrasonic PWM frequencies for quieter operation. The default pin mappings make it easy to get started, but they can be customized for more specialized applications. This version ships fully assembled with connectors soldered in. 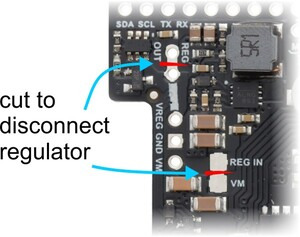 Disconnecting the regulator on the Dual G2 High-Power Motor Driver for Raspberry Pi.

The motor driver exposes current sensing and limiting pins that are not connected to the Raspberry Pi, but they are accessible through their own through-holes in case you want to use them in a more advanced application.

The driver has the ability to limit the motor current through current chopping: once the motor drive current reaches a set threshold, the driver goes into brake mode (slow decay) for about 25 μs before applying power to drive the motor again. This makes it more practical to use the driver with a motor that might only draw a few amps while running but can draw many times that amount (tens of amps) when starting. 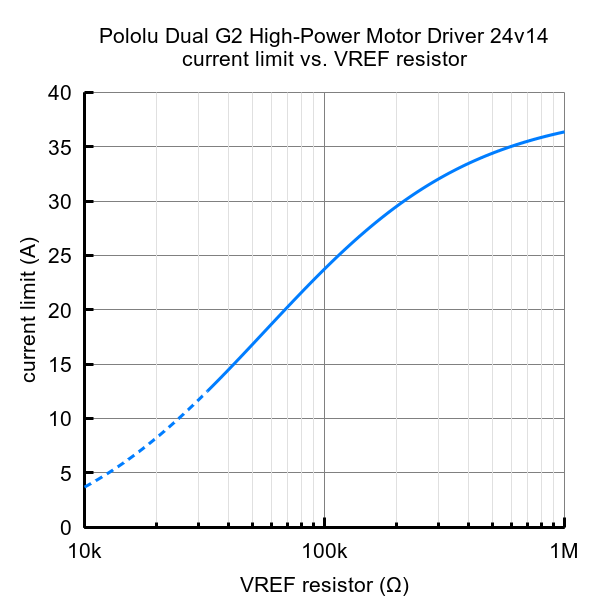 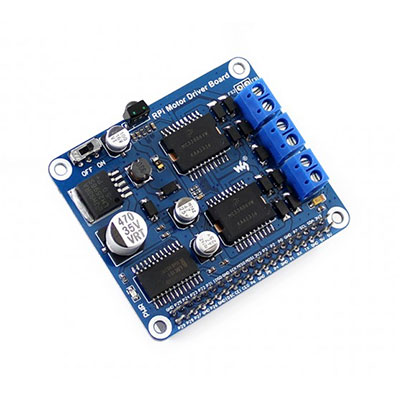 Motor Driver Board for Raspberry Pi 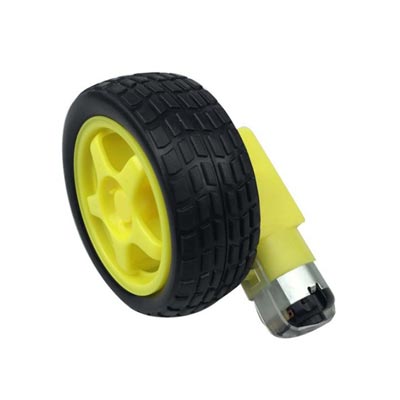 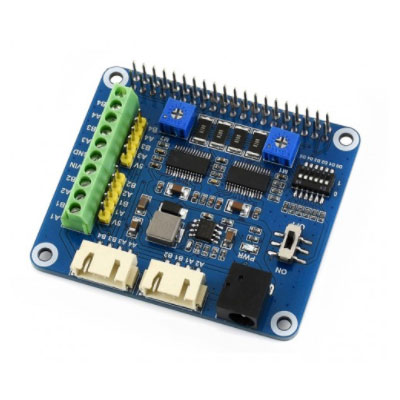 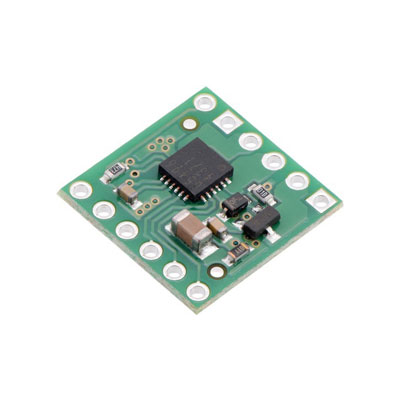 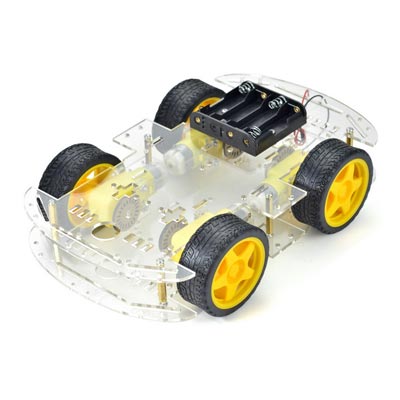