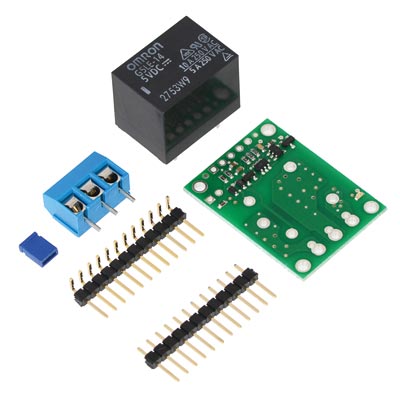 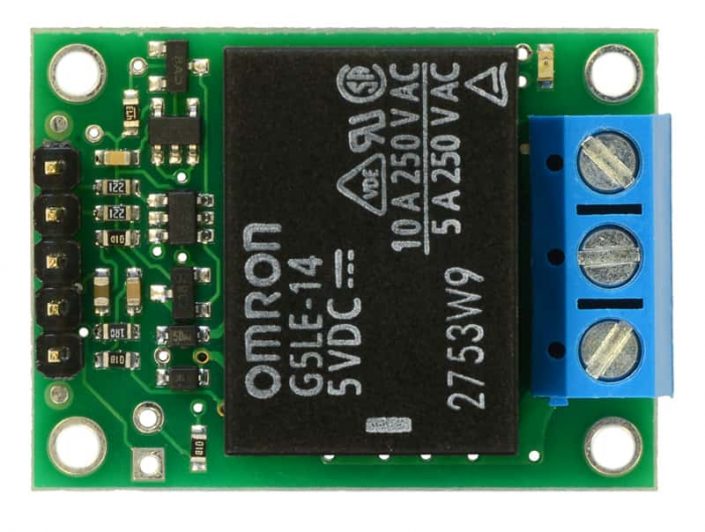 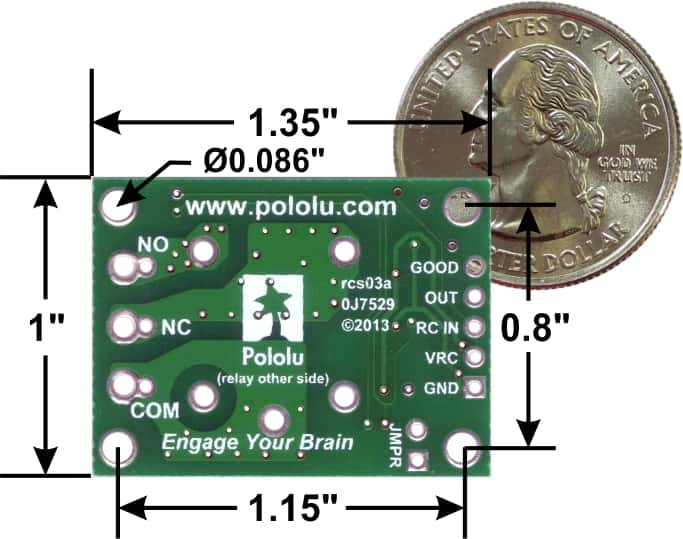 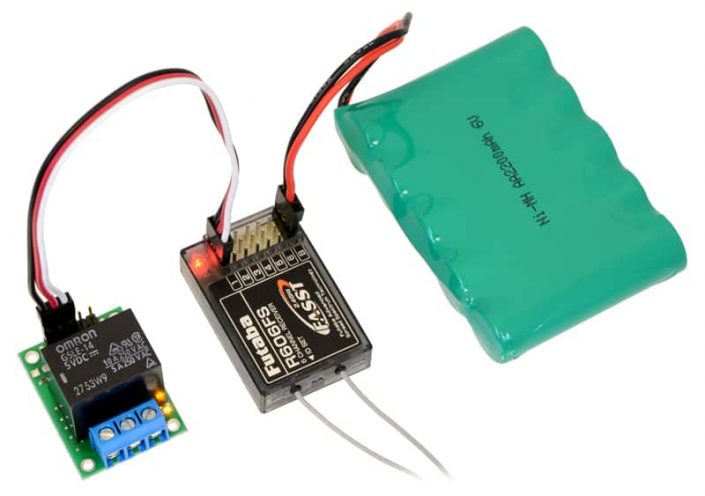 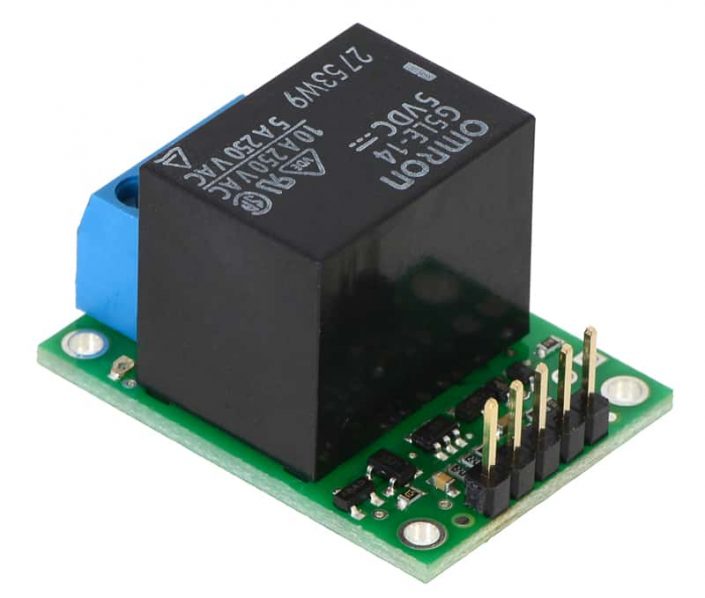 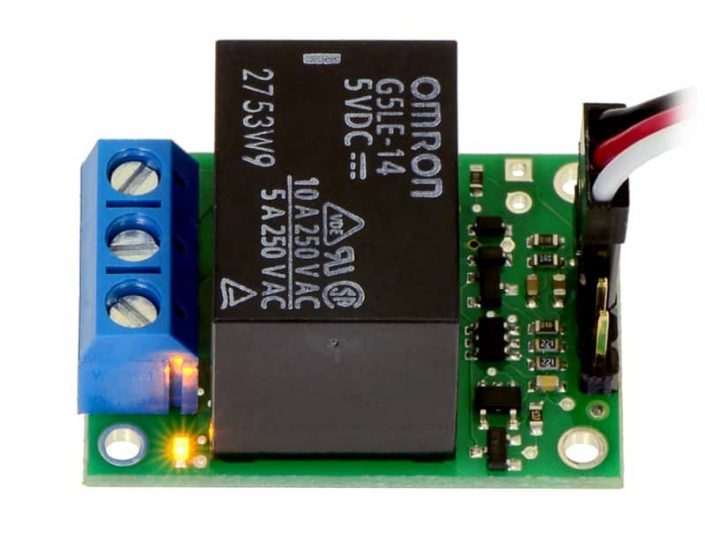 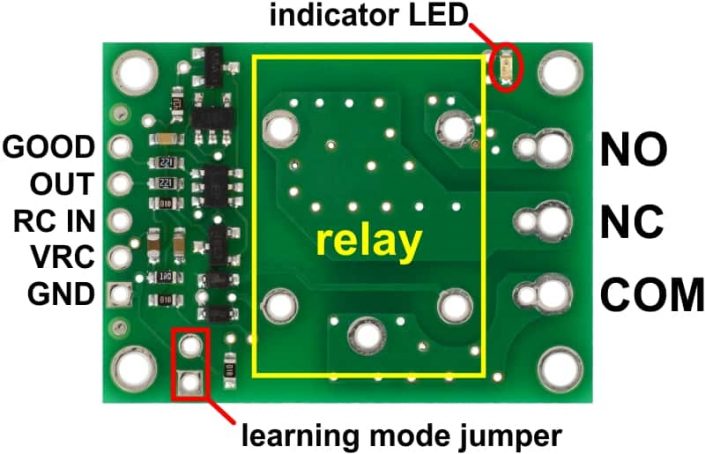 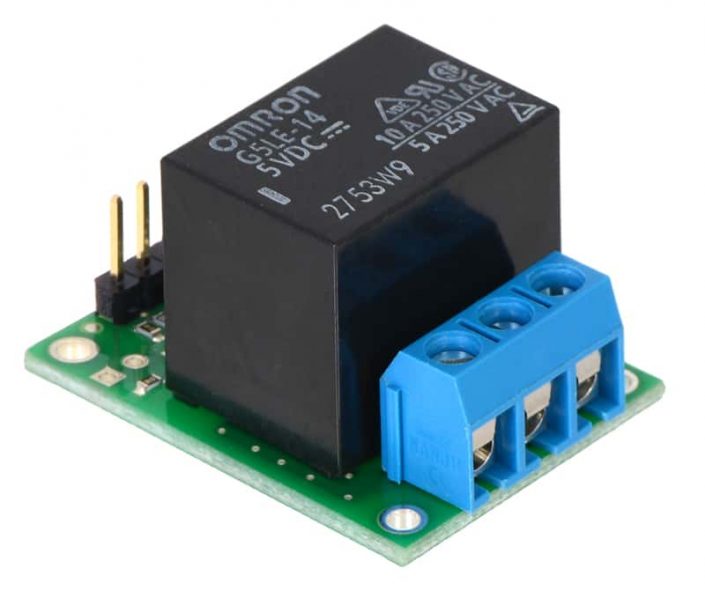 This RC relay enables easy control of large, electrically isolated loads in radio control (RC) systems. The activation threshold and direction are configurable, and a safe-start feature reduces the likelihood of unexpected activation. This partial-kit version includes the printed circuit board along with a 5V relay, terminal block, 0.1″ male headers in straight and right-angle versions, and a shorting block. Surface-mount components are pre-assembled on the PCB, but the through-hole components are not installed and require soldering. The included power relay is an Omron G5LE-14-DC5 and is rated for up to 10 A under most conditions.

This product consists of a single-pole, double-throw (SPDT) power relay and a control circuit that measures incoming radio control (RC) signals, making it easy to control large, electrically isolated loads in RC systems. Example applications include using extra channels on an RC receiver or servo controller to turn on lights, motors, or irrigation valves. The RC switch is available pre-soldered or as a partial kit that allows for greater application flexibility:

The RC switch measures the width of incoming RC pulses and compares it to a user-configurable threshold (with ±64 µs of hysteresis) to decide whether to activate the relay. By default, the threshold is approximately 1700 μs, with switch activation occurring above the threshold (longer pulses), but the switch has a learning mode that allows you to change the threshold and the activation direction. A safe-start feature reduces the likelihood of unexpected activation.

We generally recommend using a 4- or 5-cell NiMH or NiCD battery pack to power the switch. The battery pack will typically be connected to an RC receiver or servo controller, which passes the power on to the RC switch.

The Pololu RC Switch with Relay is available in two versions:

Warning: When soldering the terminal block into the partial kit version, be sure to use the larger set of holes. If you use the smaller holes, which are intended for 0.2″ male header pins, there will not be enough space to mount the relay.

Advantages over similar productsThe board has four mounting holes that work with #2 or M2 screws (not included).

The RC switch provides feedback about what state it is in via a yellow indicator LED. Status information is also provided on two output pins: 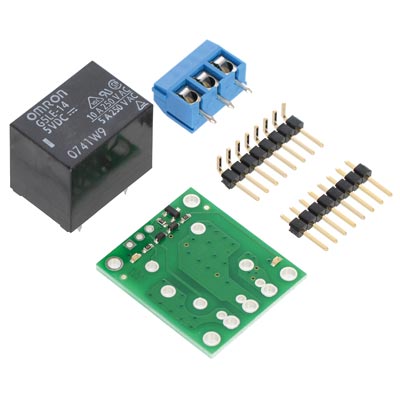 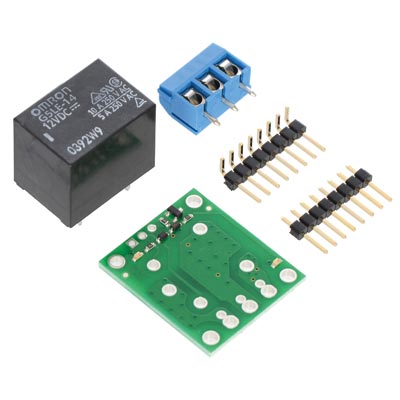 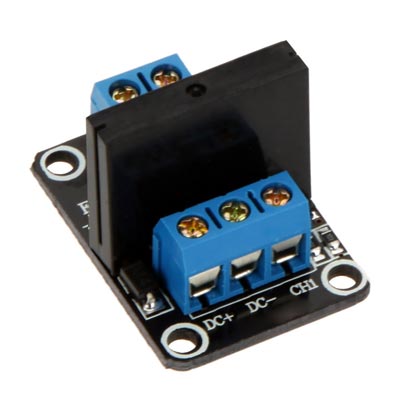 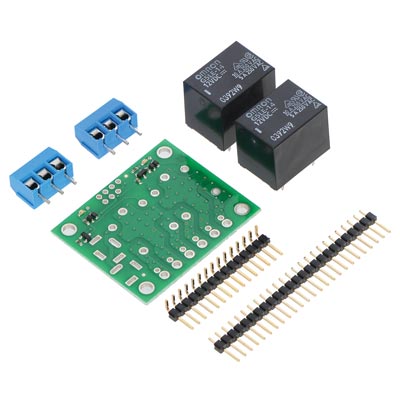 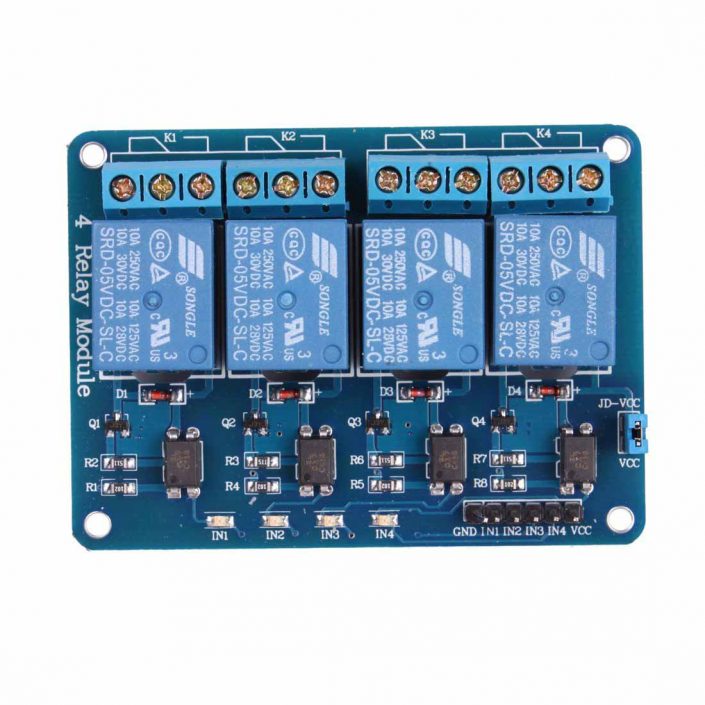